Dominic Nagella has always had a passion for music that started when he was trained on piano at the early age of 7. Entertainment came as second nature to him, and while in a ‘normal’ nine to five job, he began exploring different options.

That’s when Dominic found LeForce Entertainment. He loves all styles of music, and is incredibly charming. He also has the ability to pick the perfect music for the desired atmosphere throughout the reception. He was quick to learn MC and mixing skills from the ground up, Dominic has proven to be a reliable, talented, and trusted DJ—the best wedding DJ Dallas has to offer.

What’s your favorite part of being a DJ?
Interacting with a diverse group of people through music. I love keeping the energy high and seeing everybody having a great time on their feet dancing, especially those who normally sit out on the sidelines.

When not performing, what do you listen to for pleasure (what’s your jam)?
I enjoy listening to Hip Hop and R&B. I appreciate a solid beat and strong verse.

What’s your best attribute?
I am very outgoing and personable, I enjoy a good time, especially when everybody around me is having a good time. 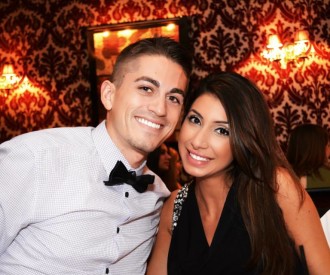 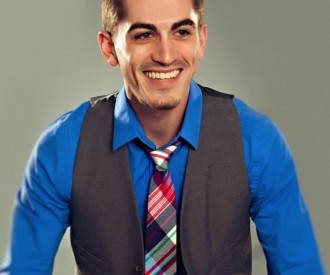 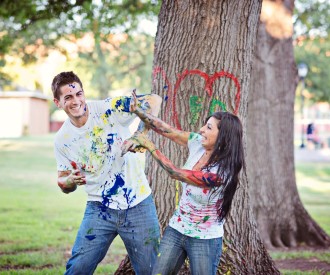 “Dominic was amazing! My husband and I enjoyed working with LeForce Entertainment. They were able to answer all of our questions in a timely manner and provided everything we asked for. Dominic was able to meet with us a few times before the wedding. The ceremony was perfect as well, when things were running behind, Dominic kept the guests entertained. Also, he quick on his feet when things did not go according to plan. We were supposed to open the dance floor with an anniversary dance but my grandparents ended up leaving, Dominic opened up the dance floor flawlessly. Dominic kept everyone dancing the entire time, he was the perfect DJ and I would recommend him to anyone in a heartbeat. Also, everything was very reasonably priced. It was nice not worry and be able to count on LeForce Entertainment. Being the bride is stressful and Dominic was perfect at calming me down before the wedding and making the wedding day the most perfect day I could have ever imagined!!”

“We absolutely LOVED Dominic Nagella with LeForce Entertainment! My husband and I have been to weddings before where the music was absolutely awful and that was all anyone could talk about. It was our goal to make sure no one had a single complaint about the DJ, and Dominic executed our wedding ceremony and reception flawlessly. He made the night run very smooth, even when I last minute decided to end our reception early! He was extremely responsive and gave great suggestions when I met with him prior to our wedding to go over all of our details. Dominic made our ceremony and reception better than we could have imagined! We would recommend Dominic to anyone who is looking for a great DJ! Thank you again Dominic!”

“Our DJ was Dominic at Le Force and he was awesome! We met with him a couple of times before the wedding, even though he is in Dallas he met us halfway from Fort Worth. Le Force provides pretty detailed forms to help you plan your wedding and while at first they seem overwhelming, they were a HUGE help. Not only did it help us decide what music we want throughout the night and for certain parts (parts I didn’t even think about like bouquet toss, introductions, etc), it helped me with the timeline of the wedding, processional order and so much more. I would have been LOST without Dominic and Le Force. Dominic was there to answer my questions via email, text, phone call, whatever and whenever I needed. He also helped us make some decisions that DJs probably don’t usually make, but since he had done so many weddings before, I trusted him! Everyone I had contact with at Le Force was awesome! Definitely recommend them and Dominic for your DJ services.”